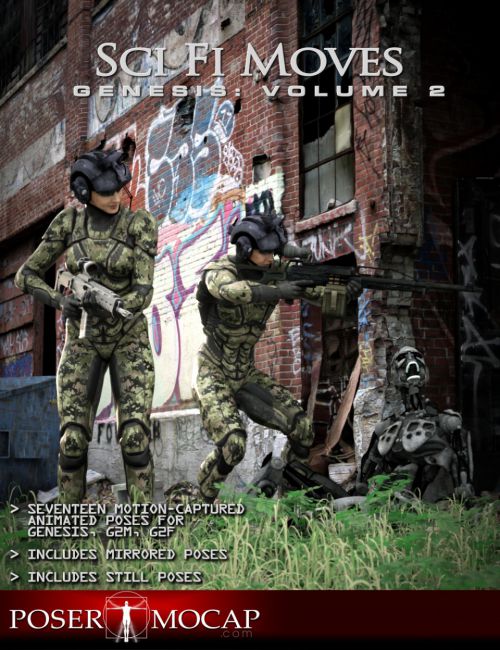 Sci Fi Genesis: Volume 2 continues our remastering of the original Sci Fi Moves, delving deeper into the action with the Genesis range of characters. And like the earlier Sci Fi Genesis pack, this is more than just a remaster; there are brand new poses to enhance your sci fi epic with!

This pack comes with 17 different motion-captured animations, all optimized for Genesis, Genesis 2 Female, and Genesis 2 Male characters and provided in multiple formats:

The Console Explosion B pose chains with the Console Operation poses from Sci Fi Genesis: Vol 1. The Rifle Crouchwalk Loop and Rifle Crouchwalk Sweep Loop chain with themselves and with each other. The Engineer Welding High Loop loops with itself.

Find included over 100 still poses for each of Genesis, Genesis 2 Female, and Genesis 2 Male. That’s 300 poses to add to your still render toolkit! All poses are in both .PZ2 format and .DUF format and can be applied with a click. The hands remained unposed to all you the choice of grasping objects. 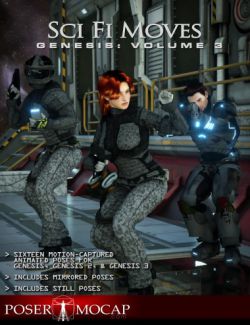 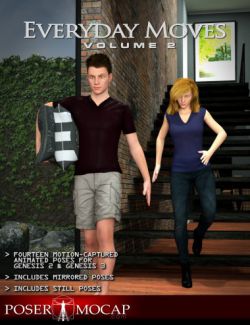 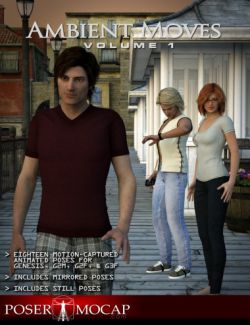 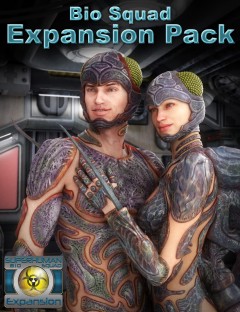 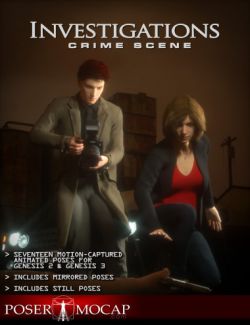 Crime Scene Investigation Animations and Aniblocks for Genesis 2 and 3 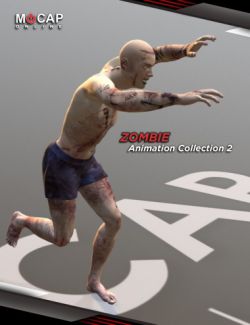 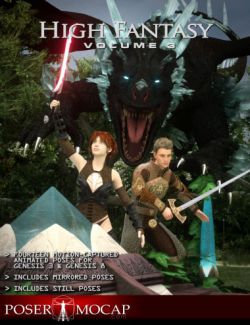 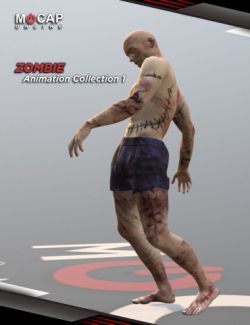 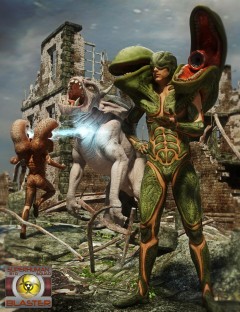 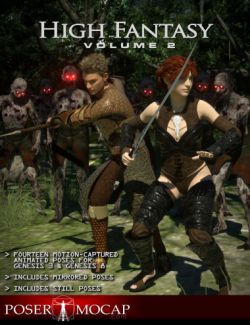 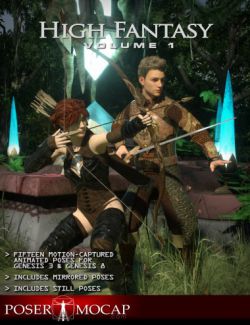 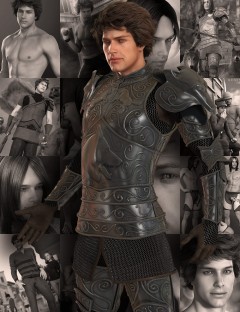 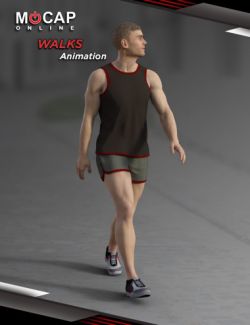 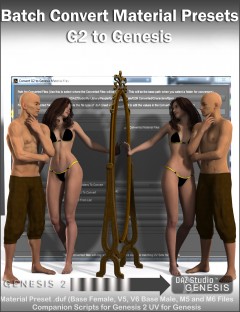 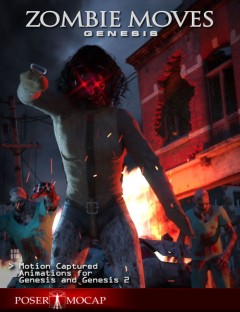