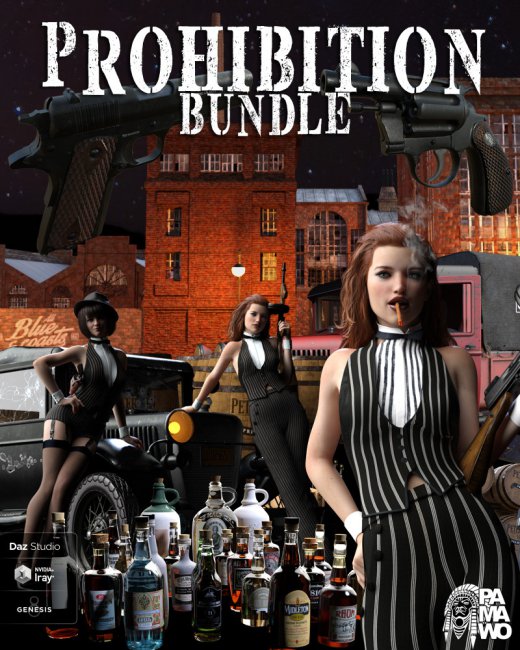 Presets planned for "Prohibition Sedan" and "Delivery Truck" this Collection of Bullets Impact decals and Label Decals that can be applied to any character, any UV or any object using the in-built Iray decal node.

Regarding the pants :
The Pants have wide legs with two decorative stripes running down the sides to give them a long look. Like sailor's Pants.
A preset with discreet shoesputs their feet up.

This gives the character the appearance of long legs and a slender figure.

Hat prop,
Holster ( Nota : Holster Pocket Gun and Gun position may need to be fixed with some morphs or Poses.)
and Smart Props(required product : "Prohibition 1911" and (or) "Prohibition Bonnie Colt")

Clyde Barrow’s Colt Model 1911 Government Model Semi-auto pistol, removed from his waistband after the ambush by Texas and Louisiana lawmen on May 23, 1934. This is a standard US Army pistol of World War I vintage.

Bonnie Parker’s Colt Detective Special .38 revolver, carried by her at the time of her death. A notarized letter from former Special Texas Ranger Frank Hamer, Jr., dated December 10, 1979, identifies this gun and states, “On the morning of May 23, 1934, when my father and the officers with him in Louisiana killed Clyde Barrow and Bonnie Parker. My father removed this gun from the inside thigh of Bonnie Parker where she had it taped with white, medical, adhesive tape. My father said that one reason she had the gun taped to the inside of her leg was that, in those days, no gentlemen officer would search a woman where she had it taped…Sometime later, my father gave this gun to Buster Davis who had been a Texas Ranger and was, at the time, an FBI Agent.” Included with this gun and mentioned in this letter is a framed handwritten note from Frank Hamer, written on the back of an old Texas Ranger Expense Account form, reads “Aug/1934 Davis hold onto this. Bonnie was ‘squatting’ on it. Frank.”

Very inspired by the "Ford A" here is a variation of two vehicles:
a Sedan model and a Police car.
What to do car chases in this tormented era of the years of Prohibition.

Very inspired by the "Ford A" here is Delivery Truck.
What to do to transport bottles and barrels of contraband alcohol in this tormented era of the years of Prohibition..

Characters and Hairs on images are NOT included!

Left Side
Back
Left Door
Right Side
Right Door
Windscreen

BO 1911 Holster
( Nota : Holster Pocket Gun and Gun position may need to be fixed with some morphs or Poses.)

BO Bonny Colt Holster
( Nota : Holster Pocket Gun and Gun position may need to be fixed with some morphs or Poses.) 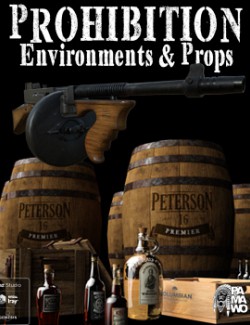 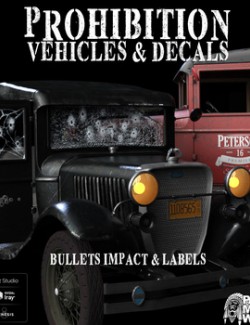 Prohibition Vehicles and Decals For DS 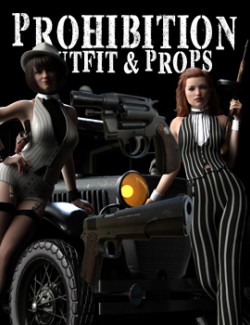 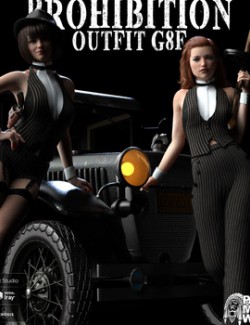 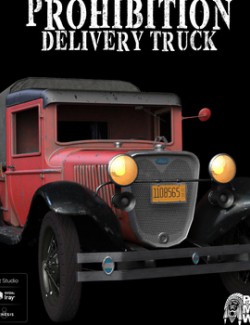 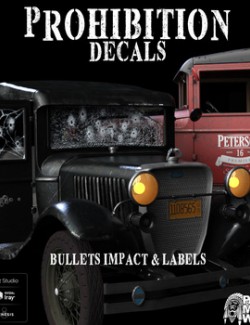 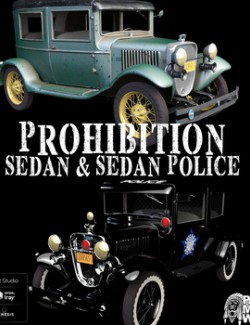 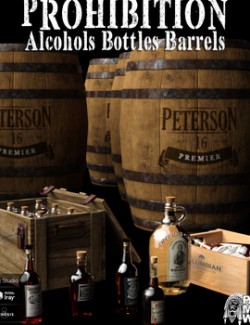 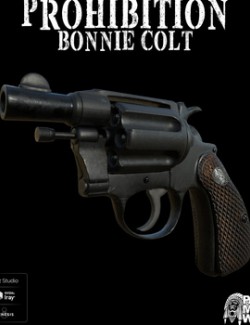 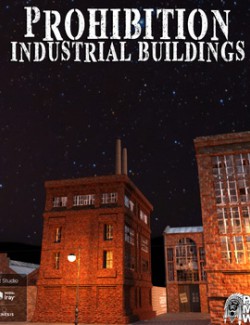 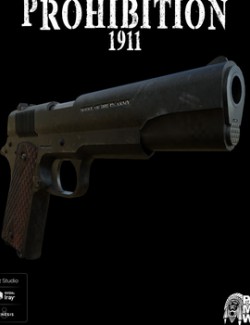 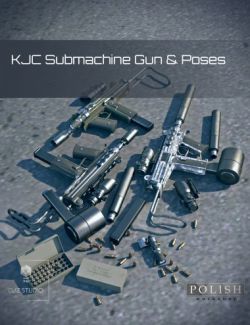 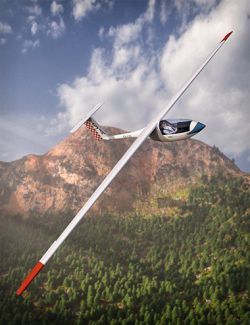 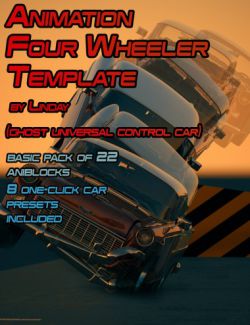