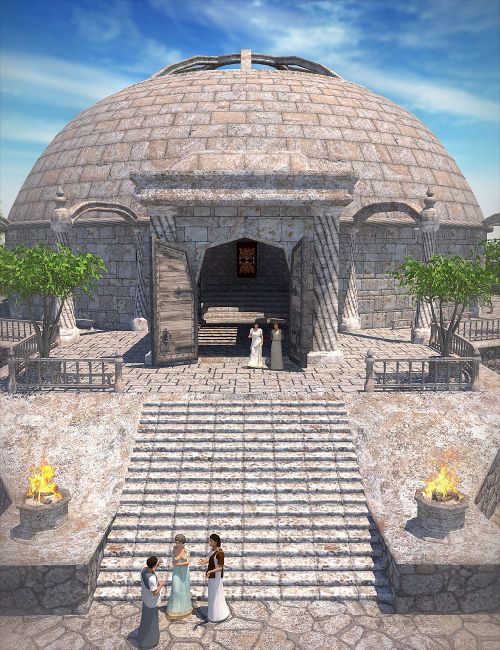 The Tholopolim has been the center of daily life in this city for centuries. Many generations of families have gossiped and debated under its massive dome. Everything from important town discussions to holiday festivals are carried out within its thick stone walls. While most of its use is social or civil, during the Mad King's reign, gladiatorial battles were held there. And we can't forget, that during the Great War, as the city was under siege, the city's women, children, and elderly took refuge in the Tholopolim as the last line of defense if the city fell. While damaged during the war, the city obviously survived, and the Tholopolim was restored to its finest glory. With its stately potted trees and brightly colored banners waving in the breeze, the Tholopolim will be the the pride of the city for many more generations.

The Tholopolim is a building multi-prop set for use in Poser and DAZ Studio. The main building is comprised of nearly thirty separate props that load with a single click. Because it was constructed this manner, you'll notice that walls, ceilings, and such can be toggled off or deleted for better camera control. The set also features use of tiling high res textures, for the best quality while using the least resources. Additional props include four potted trees, benches, and a wall banner with wind and width morphs, as well as six color options. The poser MATs have DAZ Material Presets included, and the props feature Automatic Material Presets for DAZ Studio, simply loading the Prop will apply the correct settings with no other work. 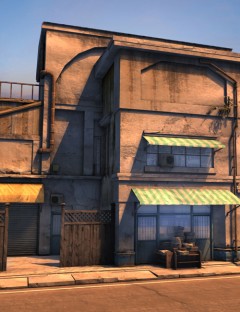 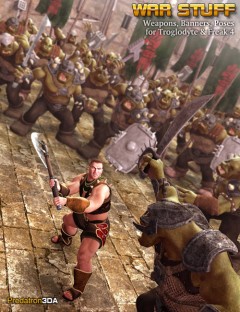 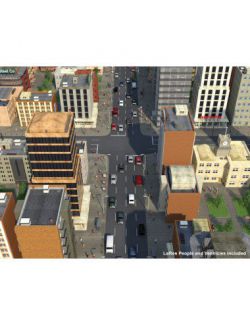 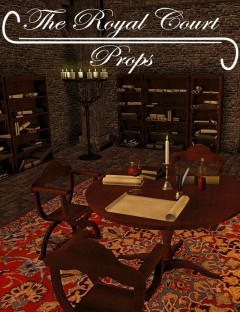 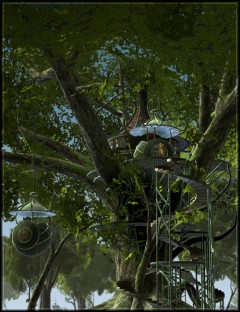 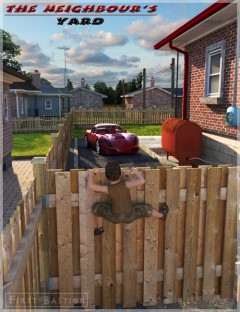 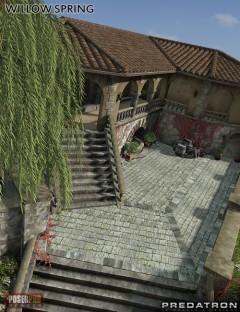 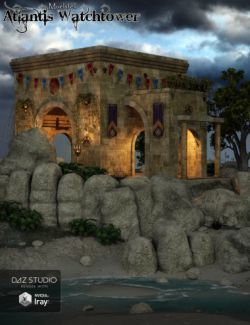 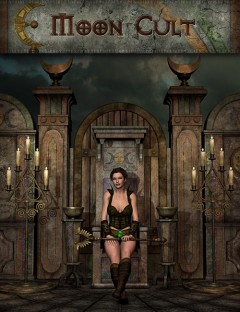 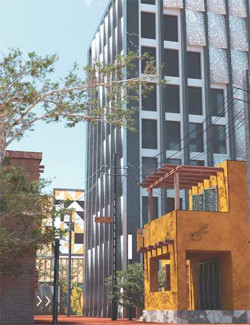 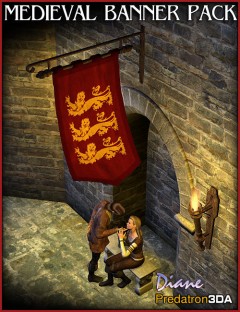 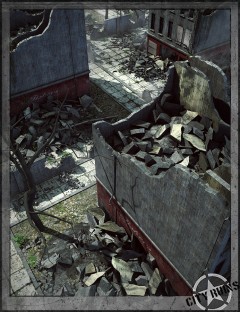 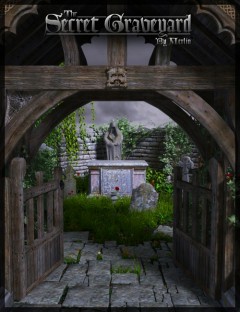 The Secret Graveyard by Merlin 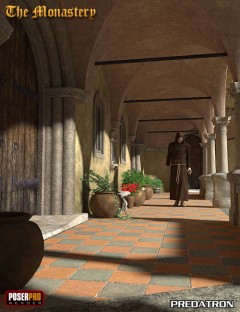 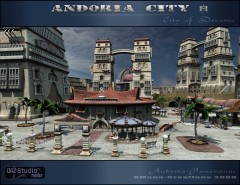