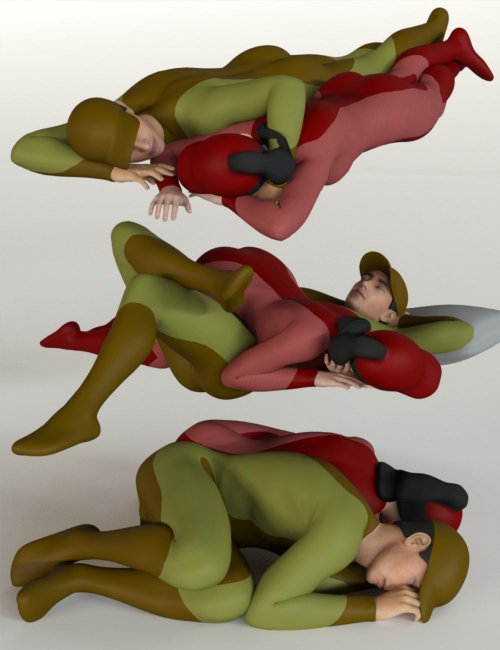 ...and when I open my eyes, my sweet dreams materialize if I'm next to you!

The set comes with scripts to pose the two figures at once and to optionally group them to make editing easier. All poses include their mirror version and facial expression. Expressions can be optionally ignored to leave any existing figure's face unaltered. The scripts also allow you to ignore (leave unaltered) the lower or upper part of the figures.

Because they adjust figure scaling, the scripts are gender-swap friendly, minimizing the corrections needed to adapt the poses when you apply them to two male or two female figures.

This additional set of pose pairs should cover pretty much every remaining situation for your scenes of sleeping characters!

Please note that pillow props shown in the pictures are for illustration purposes and are not included in this product.

After installation, the poses will be available in both the pose folders for Genesis 8 Female and Genesis 8 Male. Also, pose icons include their .tip image (bigger and shown when the mouse is held over the standard pose icon).

This product includes scripts to apply the poses.

In order to use the scripts, select a Genesis 8 Male and a Genesis 8 Female figure in the Scene Pane and then double-click the desired pose icon.

The dialog box that appears will allow you also to mirror the pose, include/exclude the figures' expressions, or only apply partial (lower/upper body) poses.

The script allows you to use any combination of 2 Genesis 8 characters, male or female and reversing who's doing what between male and female. There will require minor adjustments if not going by the gender of the thumbnail.

The script will also work when a single figure is selected, allowing you to specify which pose to use from the pair.

Expressions will not work for Genesis 8.1 but the poses will.

If you choose to let the script also group the figures for you, the first figure you select will determine the final position/orientation of the grouped figures.

The script will work for figures that are already grouped but to prevent it from creating a new group node, ensure you have selected the two figures, not the group node. Alternatively, you can uncheck the 'Create Group' option on the dialog shown before the pose pair is applied.

If you don't use grouping the parameters will be reset if not at 0,0,0. 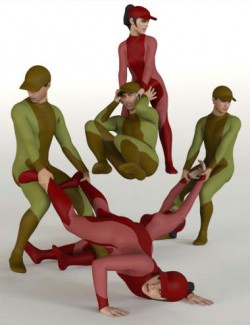 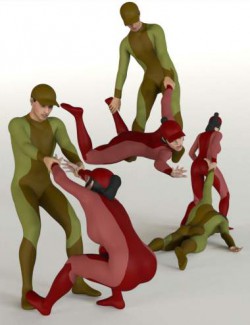 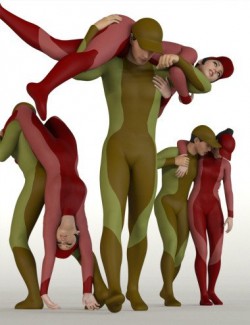 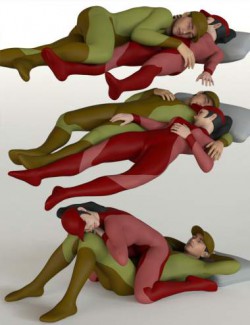 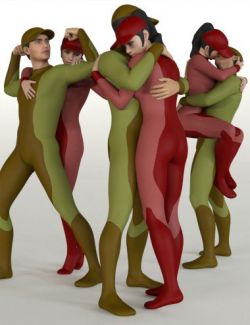 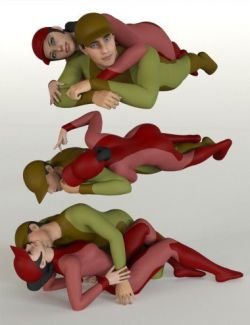 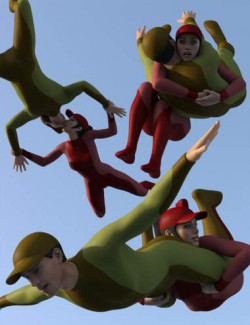 Falling Together Poses for Genesis 8 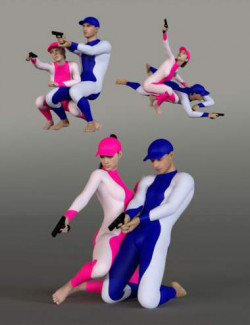 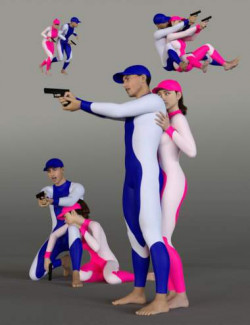 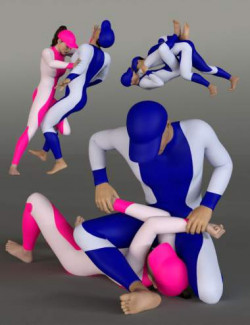 Grappling Poses Volume 4 for Genesis 8 and 8.1 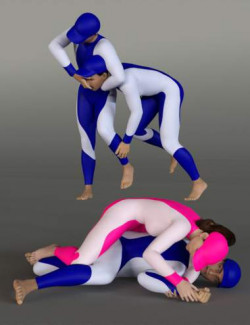 Grappling Poses Volume 2 for Genesis 8 and 8.1 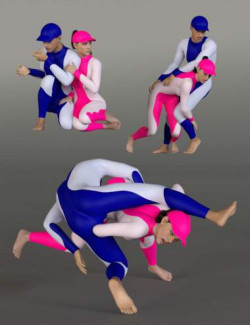 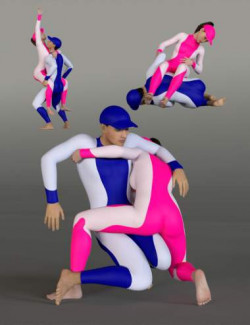 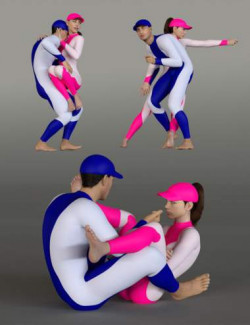 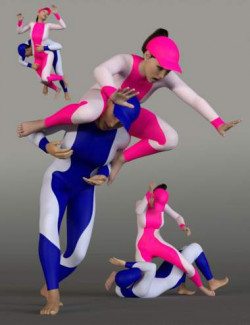