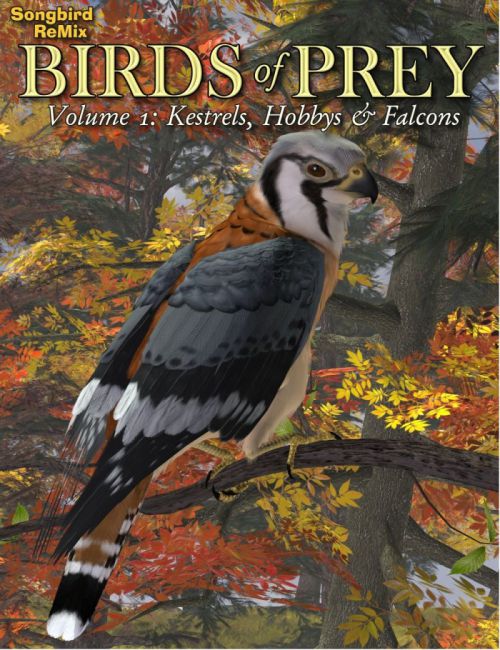 This Songbird ReMix Birds of Prey volume contains 14 species in the Falcon family; 18 birds in all. The Falcon family includes, as well as Falcons: Kestrels, Hobbys, Gyrfalcons, Merlins, Falconets and Pygmy-falcons. Falcons are one of the most successful evolutionary groups, dating their lineage back to the Miocene-Pliocene boundary (about 2.4-8 million years ago). Falcons have exceptional powers of vision, with their visual acuity measured at 2.6 times that of a normal human, and are amongst the most intelligent of birds; on par with corvids. They are the fastest creature on the planet, with Peregrine Falcons clocked at over 200mph (320km/h). Throughout history, culture and myth, Falcons have symbolized superiority, spirit, light, freedom and aspiration. The Falcon is an emblem for success, victory and rising above a situation. Egyptian Gods, Ra and Horus, both had falcon heads. 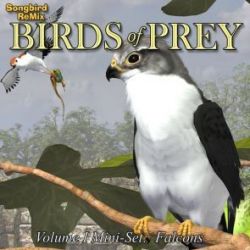 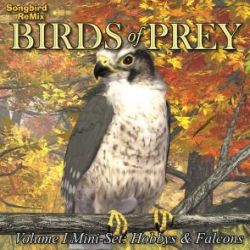 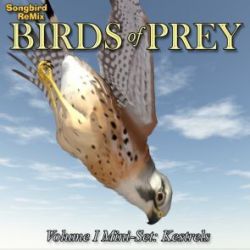 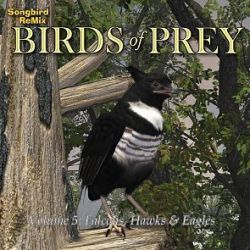 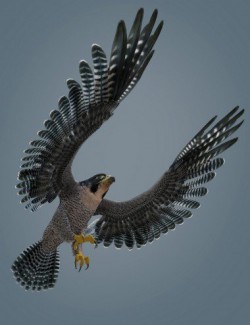