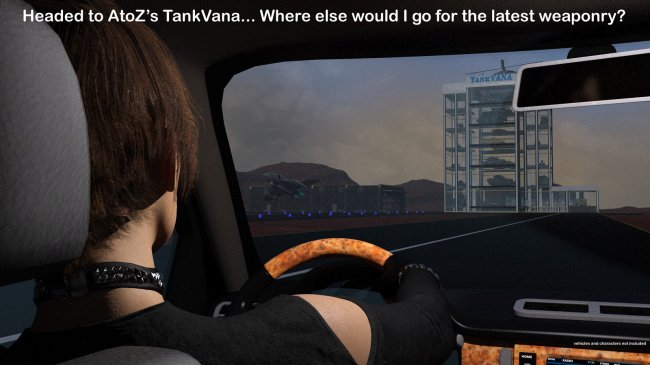 So you're a fabulously rich nearly all powerful drug lord and you absolutely have to own the latest armored weaponized all terrain fighting vehicle. Why? Because you want one. And when you want something¦ We'll you're going to get one the absolutely coolest way. This leads to Hendrickson's TankVANA! After all it is the only cool way to get what you're looking for. Sure you could lay back and have one of your lackeys order it on line and have it delivered right to your courtyard. After all, before TankVANA that was the classiest way to add to any arsenal. But now there is TankVANA. Trans Atlantic Flight in your latest jet, party of thirty five! Then into the desert by way of your jet engine helicopter. After an hour sipping champagne then in the distance you see a cluster of flashes. Luckily you're the invited guest of honor today so those flashes aren't in coming guided missiles! As you cruse over several more rows of shifting dunes, suddenly the sand gives way to red rock. There nestled in the center of this rocky oasis of there it is... TankVANA! The six story building with its helipad on top glistens in the bright sun.

So with its linear magnetic wizardry and the creation of TankVANA gone is the old fashioned walking up and down rows and rows of tanks in the Siberian Cold or the scorching desert heat choosing your tracked and wheeled fighting vehicles! Here at TankVANA you'll land on the helipad and be ushered by your host into the air conditioned glass walled elevator. There you'll be able to descend to the viewing floor or should you wish up and down the height of the building to see that which is offered. Meanwhile your technical experts will be walking down the staircase to TankVANA's see through ceiling so when a vehicle is chosen you can have it brought up to the viewing floor where they can literally walk all over it from above while your host's technical experts tell them all the facts about what you've asked your host show them. TankVANA's experts will answer every question they might have. Now you'll be landing. Of course, you're wondering if Sybil has arrived. She's gorgeous, but hates helicopters! She's chosen to brave the long drive to meet you. She is your most trusted advisor.

Well, enough about who comes to TankVANA, now the instructions you'll need to follow to operate the Twenty Three ERC articulated Platforms and TankVANA's lifts and Turntable. And its Articulated Elevator, not to mention the included Articulated Bunkers!

In the Building, the Center Lift Platform is already to "accept" whatever vehicle is on Floor 1 (the ground Floor) Deck 4 (F1D4). The decks are numbered 1-4 and the floors from 1-6. Remember they all "work" using ERCs! Yes, extremely heavy tanks and the like seem to magically glide on their individual Decks to the Center Lift Platform. By the way Decks are numbered counter-clockwise from Floor 1 Deck 1 to Decks 3 and 4 (ground floor only) then from Floor 2-6 with each of those floors having Decks 1-4.

In the AtoZ Gallery you'll find a LoRes Video that shows:
1) The Center Lift Platform rotating 90 degrees (to lie up with the guides on Floor 1 Deck 1
2) (not in the video, you can optionally slide the Center Lift Platform's Guides a small amount to "greet" the Deck Guides)
3) You see Floor 1 Deck 1 (labeled F1D1 etc.) Slide to Center (that's an ERC)
4) Once on center (not shown in the video) you can rotate the Center Lift Platform now with a Deck and vehicle loaded on it OR Raise the Platform up to Floor 6 and back down. Remember to parent the vehicle you chose to the Deck) as it is now centered.
5) In the video F1D1 rotates to line up with the guides that begin the Deck's trip (with parented vehicle) as far as the Special Delivery exit.

Note: The Center Lift Platform is aligned with Decks 2 and 4. So for Decks 1 and 3 it does have to be rotated 90 degrees to line up with the "Delivery Guides"

OK, the videos are quite LoRes but it was made to show you what you can do with TankVANA's Articulated ERCs. You will find that all these are carefully categorized and labeled for your ease of use. And there is a Promotional Image of the way AtoZ set this up with additional hints showing how to use these.

Did I forget to mention the Display Deck that allows for vehicle "parking" and can be raised to allow for the passage of your purchases? Enter by way of the Special Delivery Sliding Door (ERC) which you can slide open or close. Please be sure to park your vehicles outside the building before raising the Display Platform (unless you hide them).

Of course, there's the articulated Elevator. For roof access, first "Extend" it's twin rails (ERC). They are retracted on initial load so that neither they or the elevator are damaged by landing helicopters!
If the Elevator is all the way up, you can ERC lower its inner Ramp/Door. If the elevator is all the way down, the Outer Ramp/Door can also be lowered. The only discomfort you may feel coming to our facility would be the walk from the helipad to the elevator! Of course, if you brought your TankVANA Token raise the elevator the the Display Extension Height... then the Building's Floor 1 Glass Panel closest to the elevator can be raised and finally the Elevator Inner Ramp/Door can be lowered so you can step out inside the building to the railed Display Floor Extension. Note: this Extension can be lowered to allow the Deck on the Lift Platform to "glide" to the exit!

Also Included in this set are two Reinforced Bunkers. Bunker 1 has articulated doors at each end. And four access doors. These access dorways can be enhanced using either of the two included Keypads, one is round the other Rectangular. The second Bunker 2 has the two main doors plus eight airlock like pairs of doors at each of the four doors. Note: Bunker 2's "side doors" open as follows: Outer Doors swing open and closed and the Inner Doors slide up and down! Both Bunkers "Main Doors" Swing Upward to open and can be slid in and out once up! And Yes! there's more! Each of the Bunkers can also be !Pre loaded with a Poser friendly set of sixteen ceiling lights!

The !Pre TankVANA Building (preload) loads with Building, Elevator, Stairway, Display Platform, Display Platform Extension, Product Sign, Kiosk, Token, Rooftop Windsock (set also has three other windsocks for you to use as you wish), Helipad Markings and Four Strobe props for the Helipad. And an a few clicks more you can "Smart" add either the included Lo or HiRes Terrains with their Flat center Plains and rolling hills that circle 270 degrees of this large terrain.

Have fun! For example... The included Helipad Marks can also be used on the Base 1, on top of Hardened Hanger #1 or anywhere else you need landing markings. The included short (or tall) Windsocks might be useful too!

For Camera access every beam, slider, guide and glass(panel) can be hidden in the Heirarchy Editor!

Remember no vehicles or characters are included. 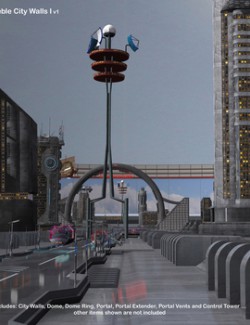 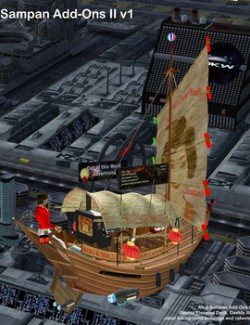 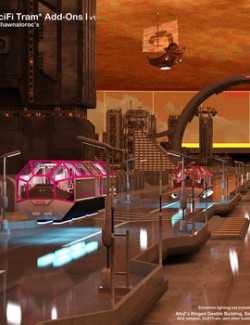 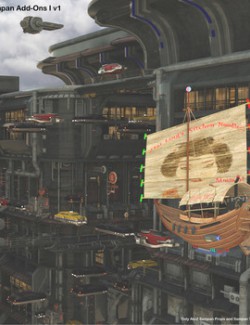 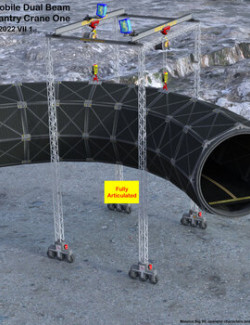 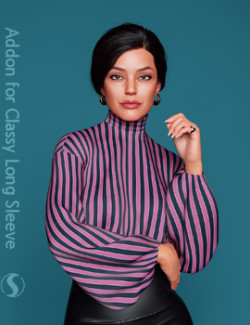 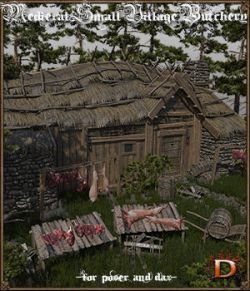 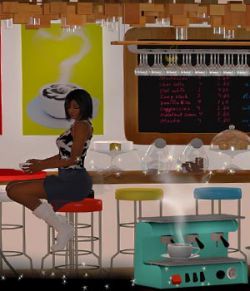 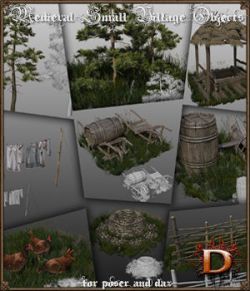 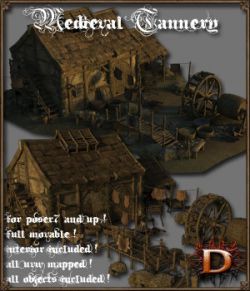 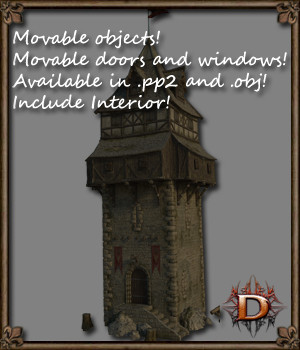 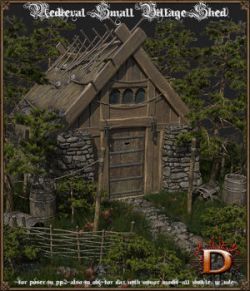 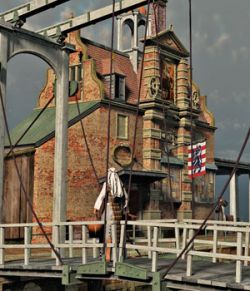 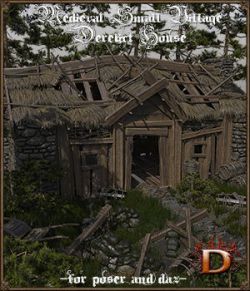 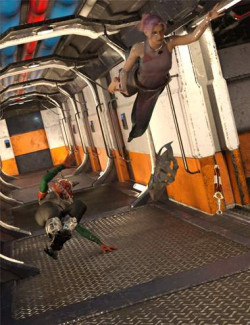 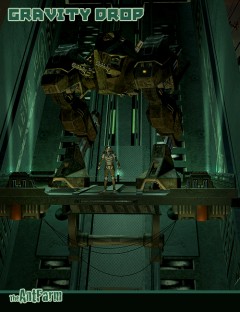 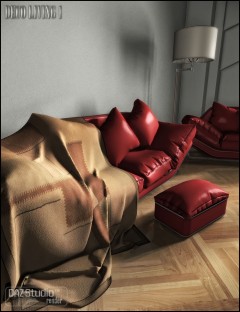 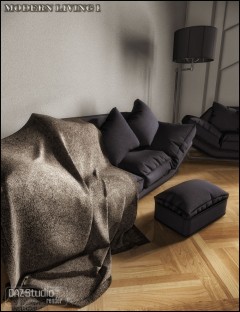